Take a stroll down memory lane with us this week . . .

It's National Economic Development Week. Cedar Hill EDC will be sharing blogs, snapshots, progress updates, and historical facts throughout the week to highlight Cedar Hill developments from years past and present. We invite you to join the conversation online: #ThisIsWhyCedarHill #WeLoveCedarHill #EconDevWeek #EDW2017.

In the early 1990s, the population of Cedar Hill was increasing rapidly and citizens began to be concerned about the need for orderly economic development. An economic development advisory committee was formed by the city council that surveyed the residents to see how they envisioned Cedar Hill's future. Based on the response, subcommittees were formed to look into funding, asset enhancement, and community image.

In January 1994 voters approved a special sales tax to fund the economic development efforts, and the Cedar Hill EDC was incorporated in September 1994.

REWIND TO 1916:   the year a property sold in Cedar Hill that would eventually become today's thriving business park. Cedar Hill Business Park represents 13 companies, 450+ employees, and over 650,000 square feet of office and warehouse space.  Check out the nifty timline of events:

REWIND TO 1995:  inaugural report from the Cedar Hill Economic Development office is published in December of 1995 by newly appointed Director, Mr. Clancy Nolan.   “THE TOWERS” began as an informative report for realtors, developers, and investors seeking opportunity in North Texas.  Take a look at the original report: 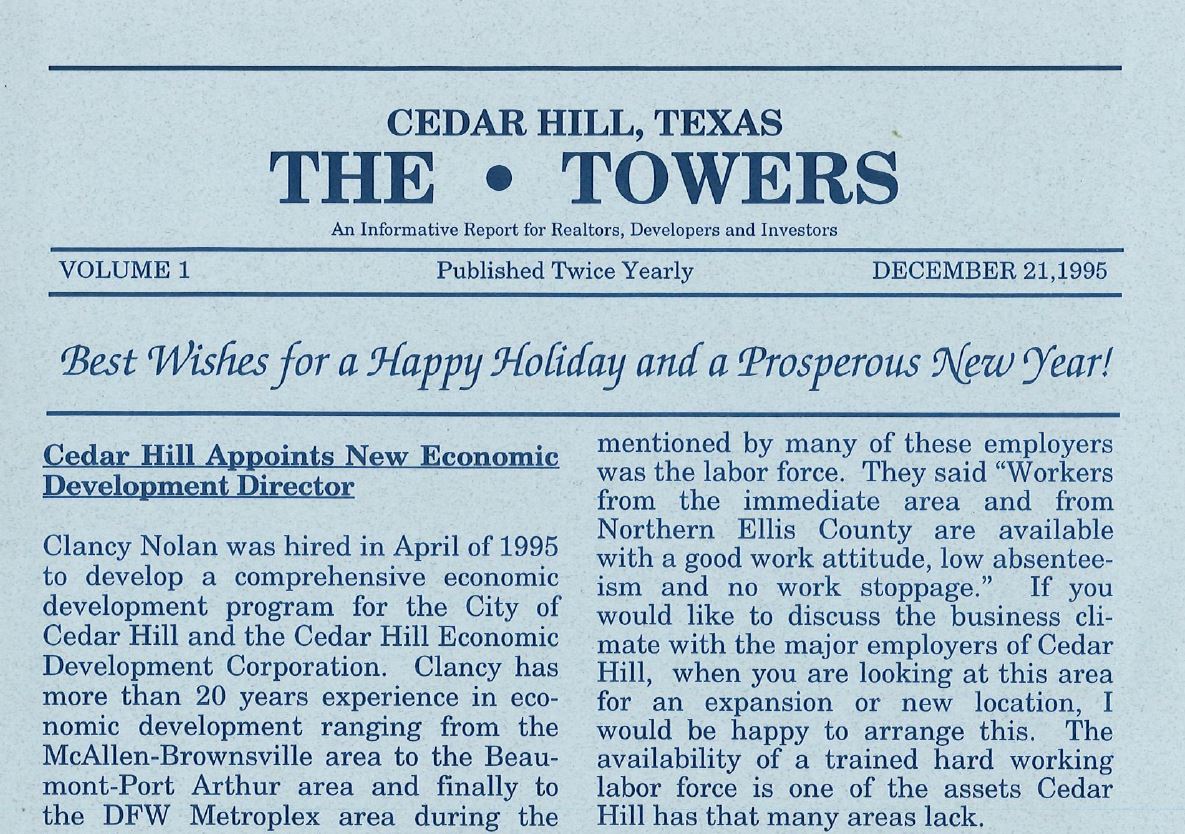