Austin traded places with the Dallas-Fort Worth area, which dropped to sixth in the organization’s “ Emerging Trends in Real Estate 2020. "

ULI’s report cited the Austin’s "weird" marketing slogan, deep talent pool and a commitment to business and real estate development for helping the city rise from the sixth spot last year. Apple's $1 billion campus now under construction certainly has helped, as has plans for a major airport expansion, a big, new, mixed-use development near downtown on Lady Bird Lake and the opening of the Dell Medical School at the University of Texas.

“Our survey respondents rate Austin a solid ‘buy’ for industrial, offices, and apartments for the coming year,” the organization found.

Transaction activity there is already greater than what real estate veterans would expect for a city the size of Austin, according to the findings, cautioning that worries over housing affordability and rising traffic congestion could increase.

In the survey, midsize metropolitan markets had a strong showing among the top prospects next year, possibly a reflection of so many global institutional investors expanding their search for opportunities. The Raleigh-Durham area in North Carolina; Nashville, Tennessee; and Charlotte, North Carolina, took the next four spots. Boston remains close to the top, while Los Angeles improved from last year to get into the Top 10.

The Top 10 cities stretch from the West Coast through the Sunbelt to the East Coast, a phenomenon dubbed the “smile states.”

“Smile states may well be that they are typically high on the list of statewide economies with high per-capita productivity,” according to the report.

But the focus on these states may be distorting investment possibilities in places such as Ohio cities Columbus and Cincinnati and Louisville, Kentucky.

Columbus, in particular, which is home to Ohio State University, has seen its population grow nearly 11% over the past decade. Yet, apartments haven’t attracted comparable interest from investors.

While investors show interest in the smile states, there may be overlooked opportunity. The Urban Land Institute’s report noted Jacksonville, Florida. The city’s population has grown 14.1% since 2010, bringing its prospect ranking from 48 to 23.

That hasn’t attracted a lot of investment. But that could change, the report said.

Redeveloping the downtown area has emerged as more of an option now that the public has become more supportive of the idea.

"You can't be a suburb of nowhere," a local observer told the Urban Land Institute. 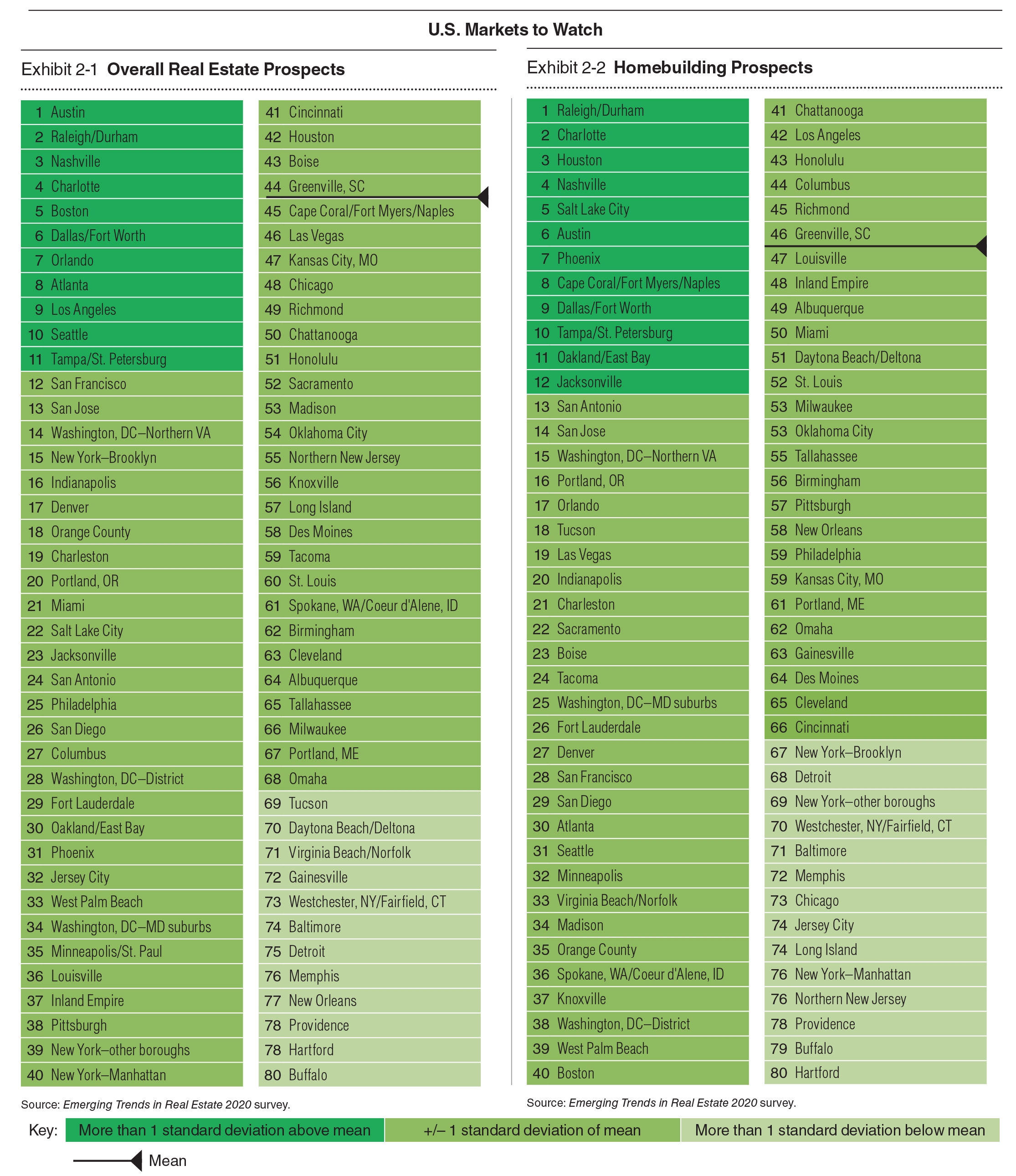